The formidably named Mary Abastenia St. Leger Eberle was born on 6 April 1878 in Webster City, Iowa, the eldest of two daughters of Harry and Clara McGinn Eberle. In her early twenties she found her way to New York, where she created a small but unique contribution to American art. Her work has much in common with such well-known contemporaries as painters John Sloan, George Luks, and Robert Henri, all of whom are recognized as important artists as well as chroniclers of America’s early-twentieth-century underclass. 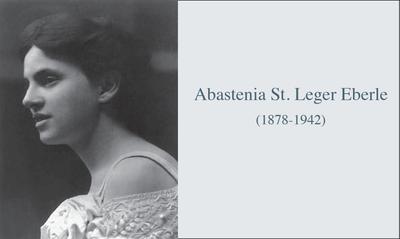 Born in Wetumka, Oklahoma on July 17, 1910 Henry “Mike” Bannarn moved to Minnesota with his family when he was two years old. He began drawing and sculpting in high school where the fine quality of his early works earned him a full scholarship to the Minneapolis School of Fine Arts (now the Minneapolis College of Arts and Design). Upon hearing that Bannarn was denied a scholarship to the University of Minnesota based on his race, James Ford Bell, president of General Mills and Minneapolis resident, saw to it that the promising young artist was given the opportunity to study anywhere he pleased. Bannarn’s desire to “learn more about the spirit and tribulations of African-Americans in the US”1 led him to choose New York’s Harlem over the more established art centers of Europe. 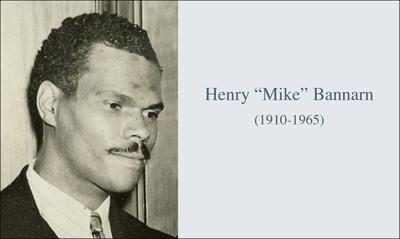 The suite of stained glass windows designed by Robert Winthrop Chanler for the sculptor and art patron Gertrude Vanderbilt Whitney was a unique artistic invention by an equally unique artist.  The Whitney windows were Chanler’s first and only commission in stained glass, and what he produced resembles nothing else in the history of American glass.  The windows look backward and forward, and they constitute a creative act of extraordinary daring for their time and medium. Mustering an impressive breadth of sources, Chanler interweaves allusions to Gothic art and architecture, Eastern symbolism, Greek mythology, and pagan occultism, and even plays with nuances of contemporary psychology. Technically as well as imaginatively, he marshalls the properties of the medium – reflection, luminosity, and high-key color harmonies -- in the service of a genuinely modern vision. 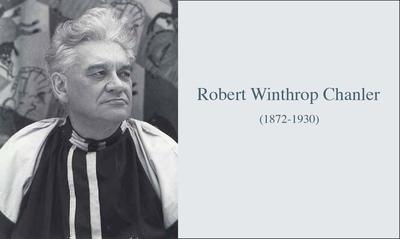 Born in New York on April 30, 1906, Herbert Ferber Silvers graduated with a B.S. from Columbia University and began taking night classes at the Beaux Art Institute of Design in 1927 at the age of 21. Beginning his artistic career as a painter and graphic artist, after three years at the Beaux Art Institute, in 1930, he enrolled in the National Academy of Design. That same year, Ferber also graduated from Columbia’s College of Oral and Dental Surgery and began a parallel career as a dentist. It was at the Beaux Art Institute that, in 1931 at the age of 25, he turned his attention to sculpture. Ferber was granted his first solo exhibition in 1937 at Midtown Galleries in New York City. 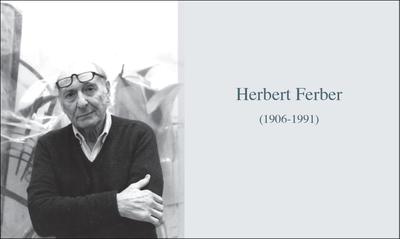 Augusta Christine Fells was born in Green Cove Springs, Florida on February 9th, 1892 to Edward and Cornelia Fells. As a child she was often found modeling small ducks out of the mud that she excavated from her backyard, despite her father’s discouragement. As a Methodist minister he objected to ‘graven images,’ and she would later state that her parents “practically whipped the art out of [her].” Savage ultimately retained her passion for creating, becoming one of the most influential artists of the Harlem Renaissance. 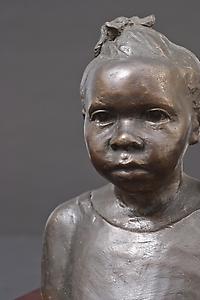